What happens when some of networks' top series are used to provide innovative jewelry design inspiration? Adornments spawned are creatively contemporary in a class by themselves. 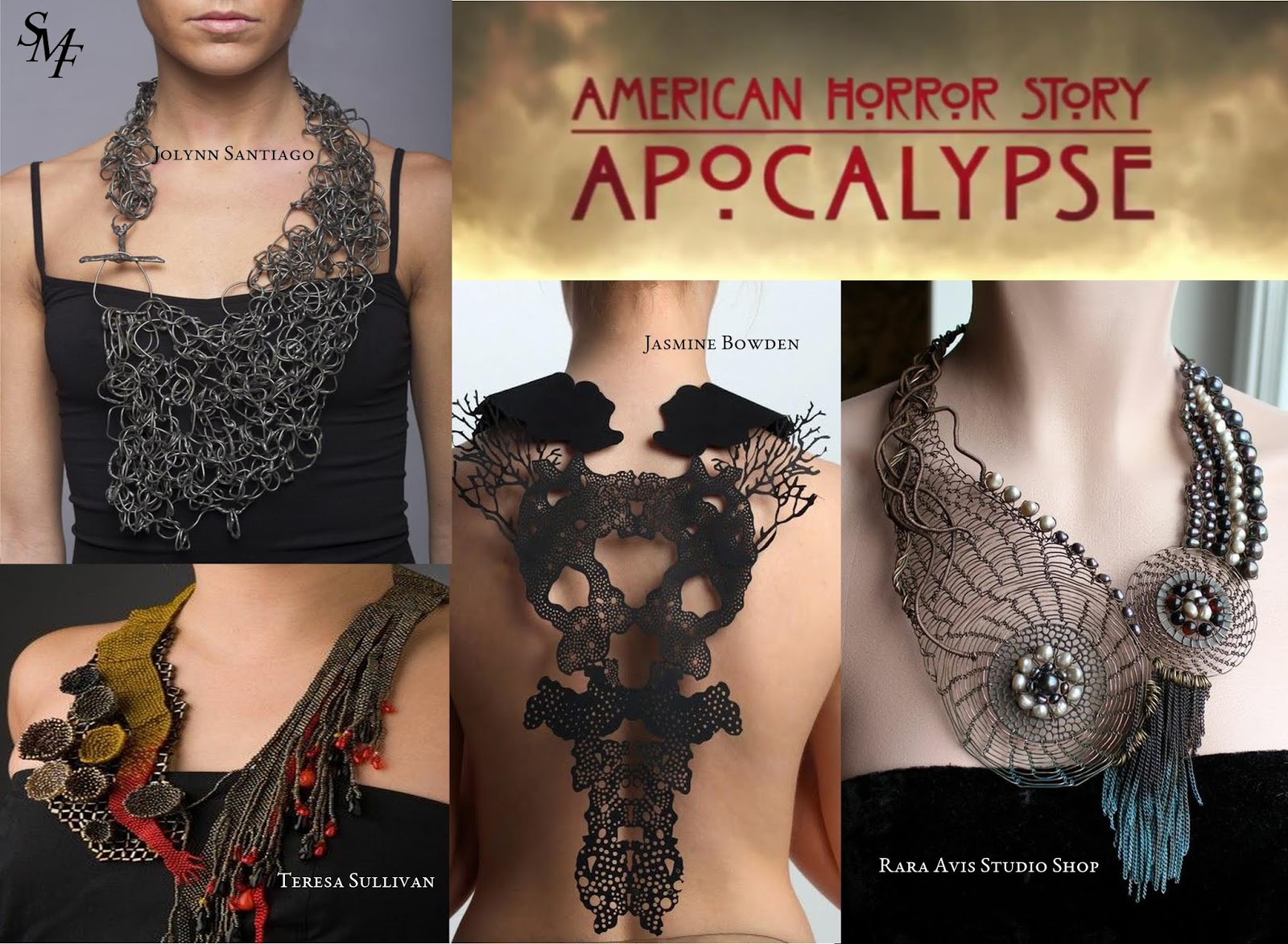 American Horror Story - Apocalypse takes place on the West Coast of the United States in the near future. Following a nuclear blast that wipes out the world, an underground bunker is constructed in order to shelter specific survivors with strong genetic makeup... Shapes and construction are back to organic basics, metal remnants in raw structure from the fallout frame the body beneath. 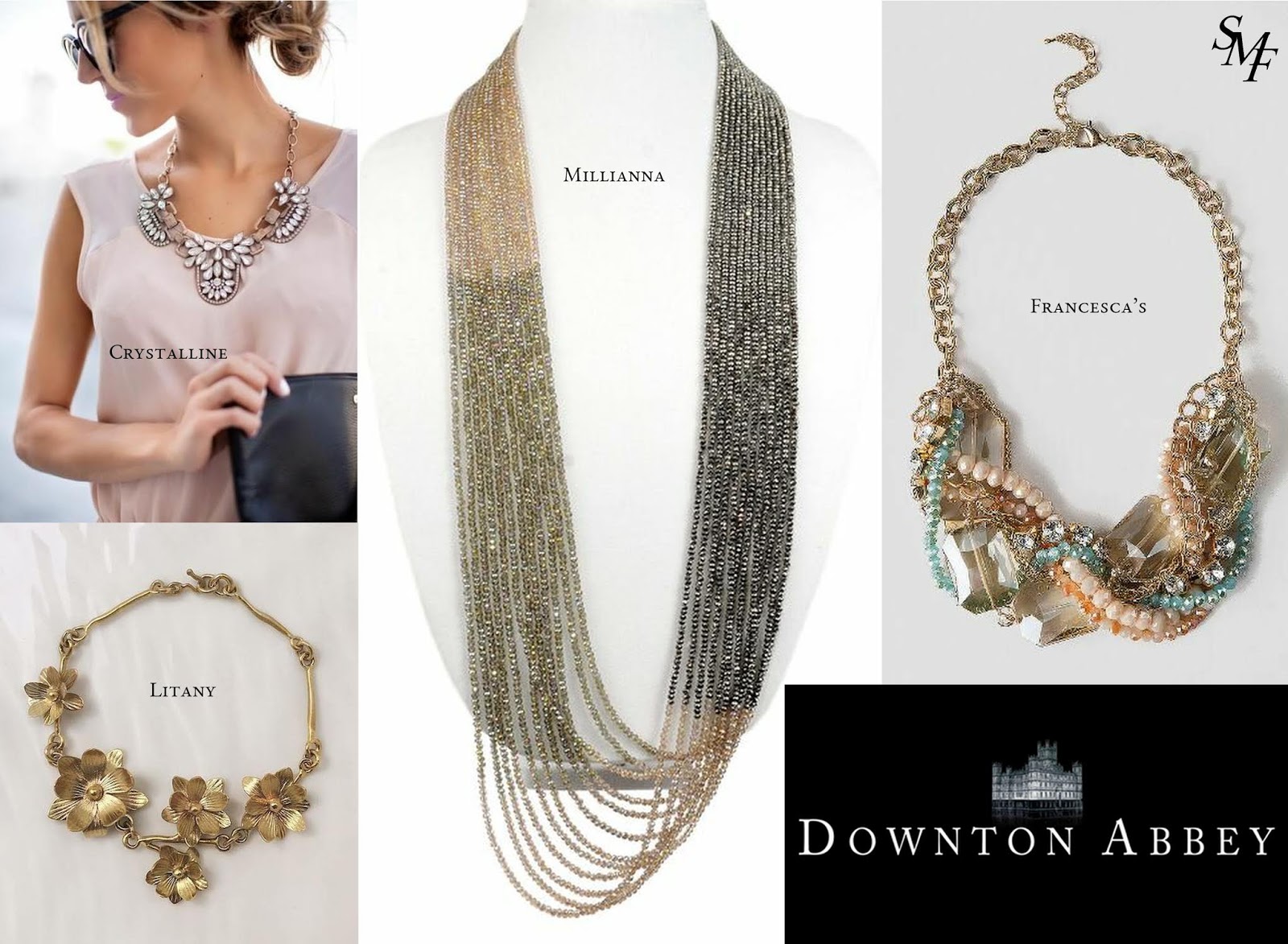 In dawn of the Downton Abbey movie on the horizon, I had to include it for this list. This historical drama follows the lives of the Crawley family and their servants in the family's Edwardian country house, beginning with the 1912 sinking of the Titanic and continuing through the 1920's... Floral elements, rhinestones, and crystals converge, creating fresh modern versions of vintage classics. 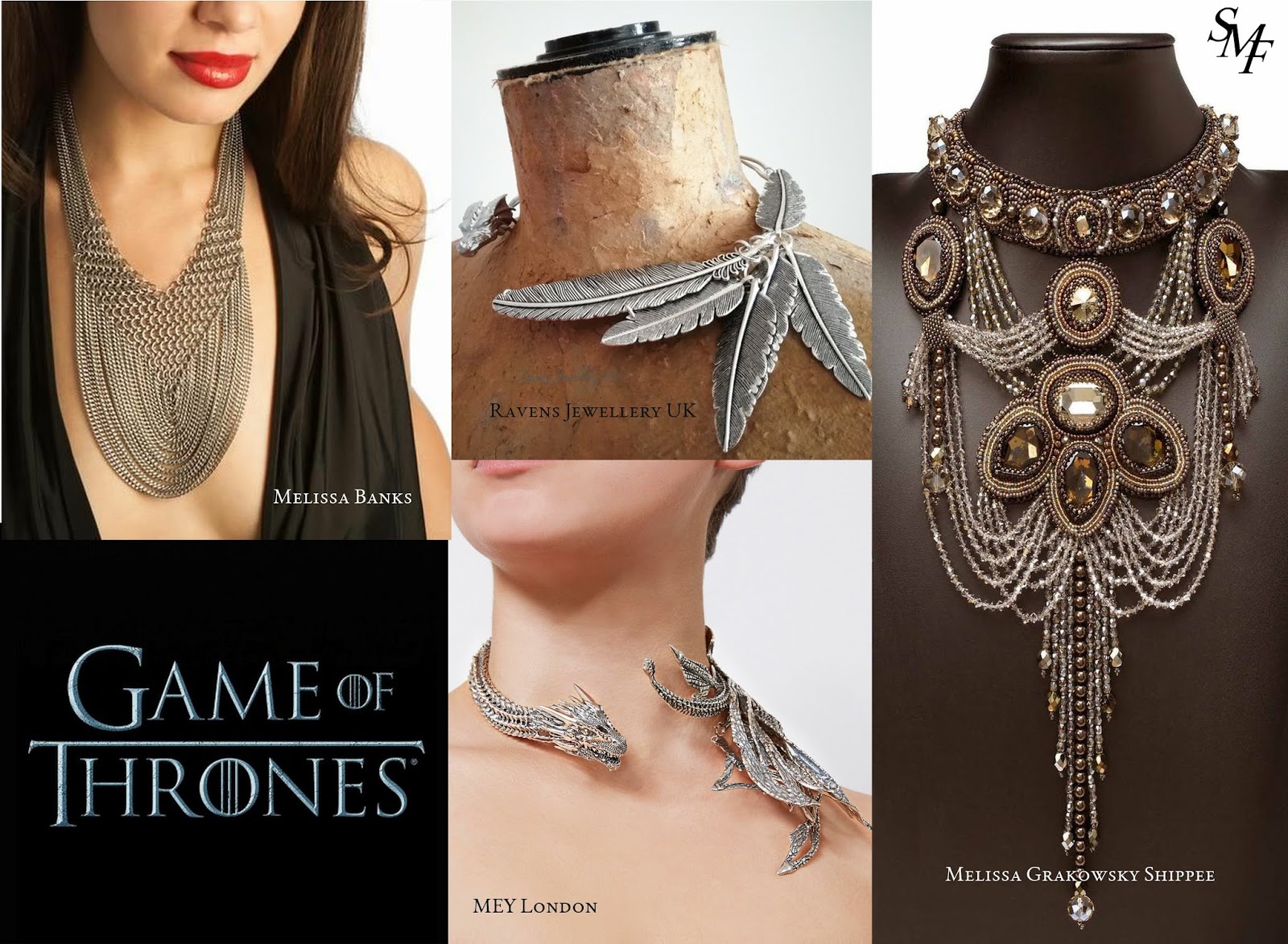 Game of Thrones, based on George R.R. Martin's best-selling book series `A Song of Ice and Fire', is a spectacular medieval fantasy epic. It's the depiction of two powerful families - kings and queens, knights and renegades, liars and honest men - playing a deadly game for control of the Seven Kingdoms of Westeros, and to sit atop the Iron Throne... Dragons, majestic winged collars, and elaborate chainmail construction make regal statements in attention-worthy adornment. 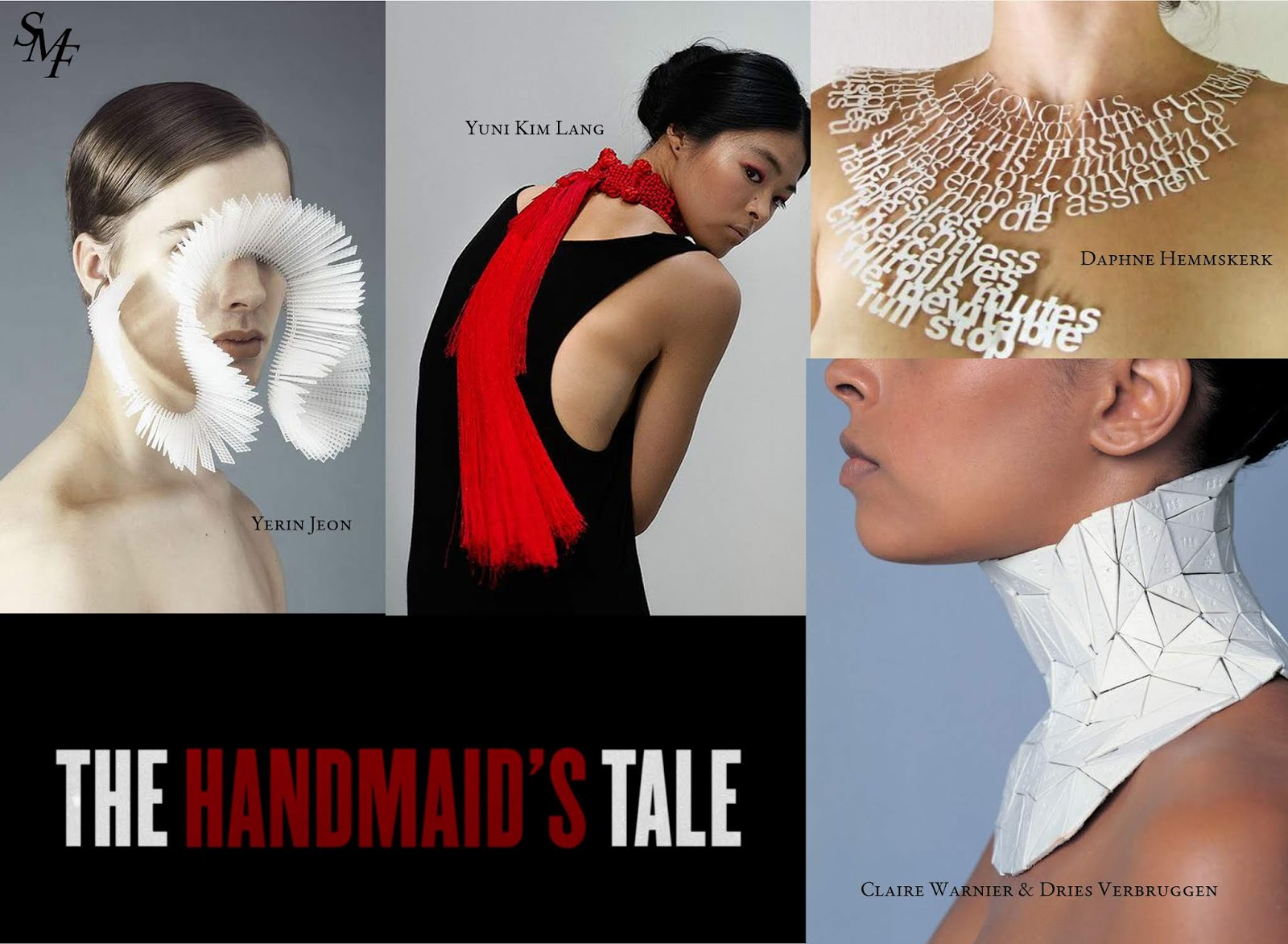 The Handmaid's Tale is based on the best-selling novel by Margaret Atwood set in Gilead, a totalitarian society in what used to be part of the United States. Gilead is ruled by a fundamentalist regime that treats women as property of the state, and the few remaining fertile women are forced into sexual servitude... In predominant colors of their crimson and chaste white uniform, adornments reflect constraint conditions and firm frame of mind. 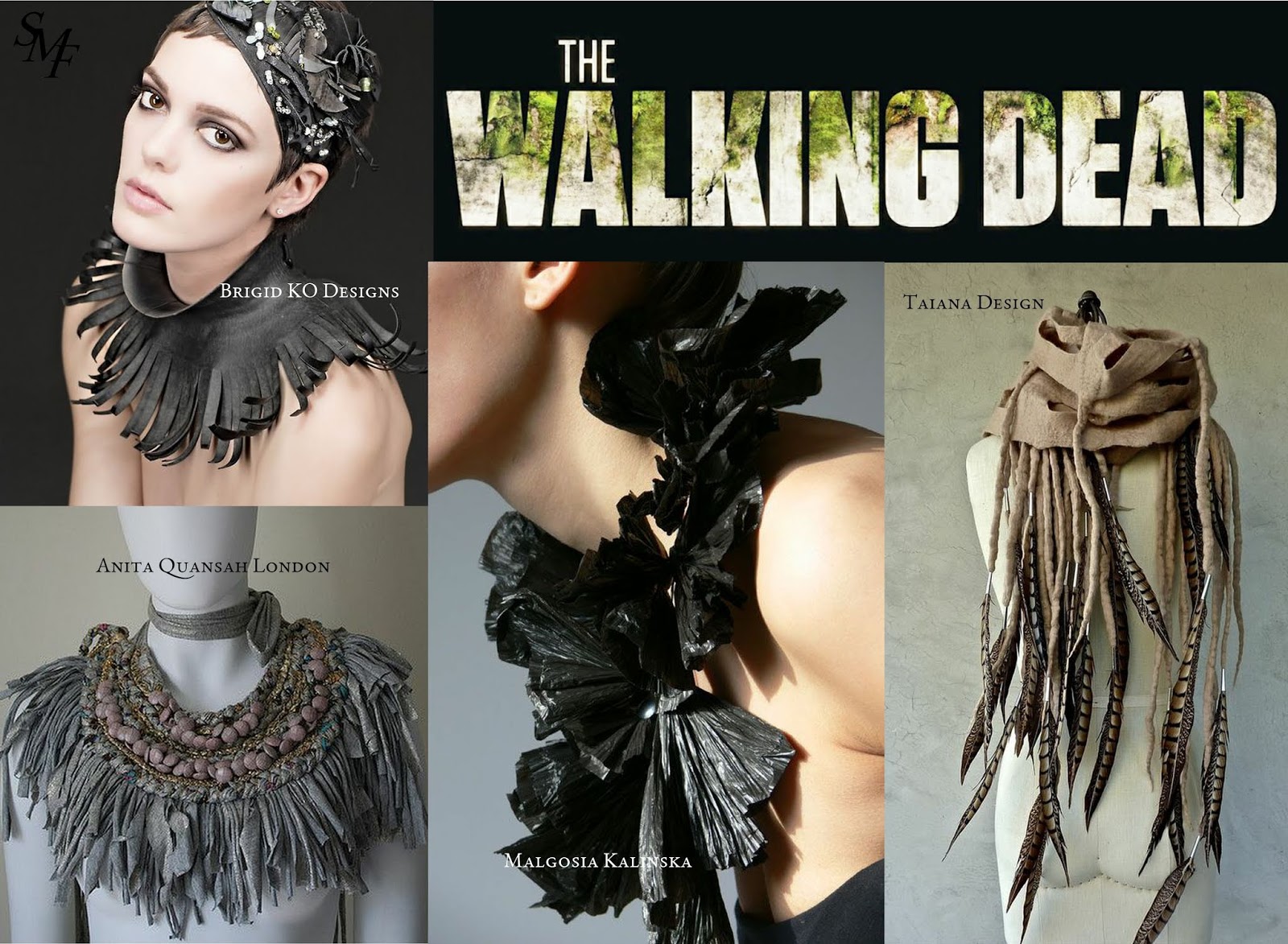 In The Walking Dead, one of my personal favorites, this gritty drama portrays life in the months and years that follow a zombie apocalypse where a group of survivors find themselves constantly on the move in search of a safe and secure home... Clever usage of recycled tire rubber, rags, and plastic garbage bags all resurrect unexpected style in rebuilt riviere. 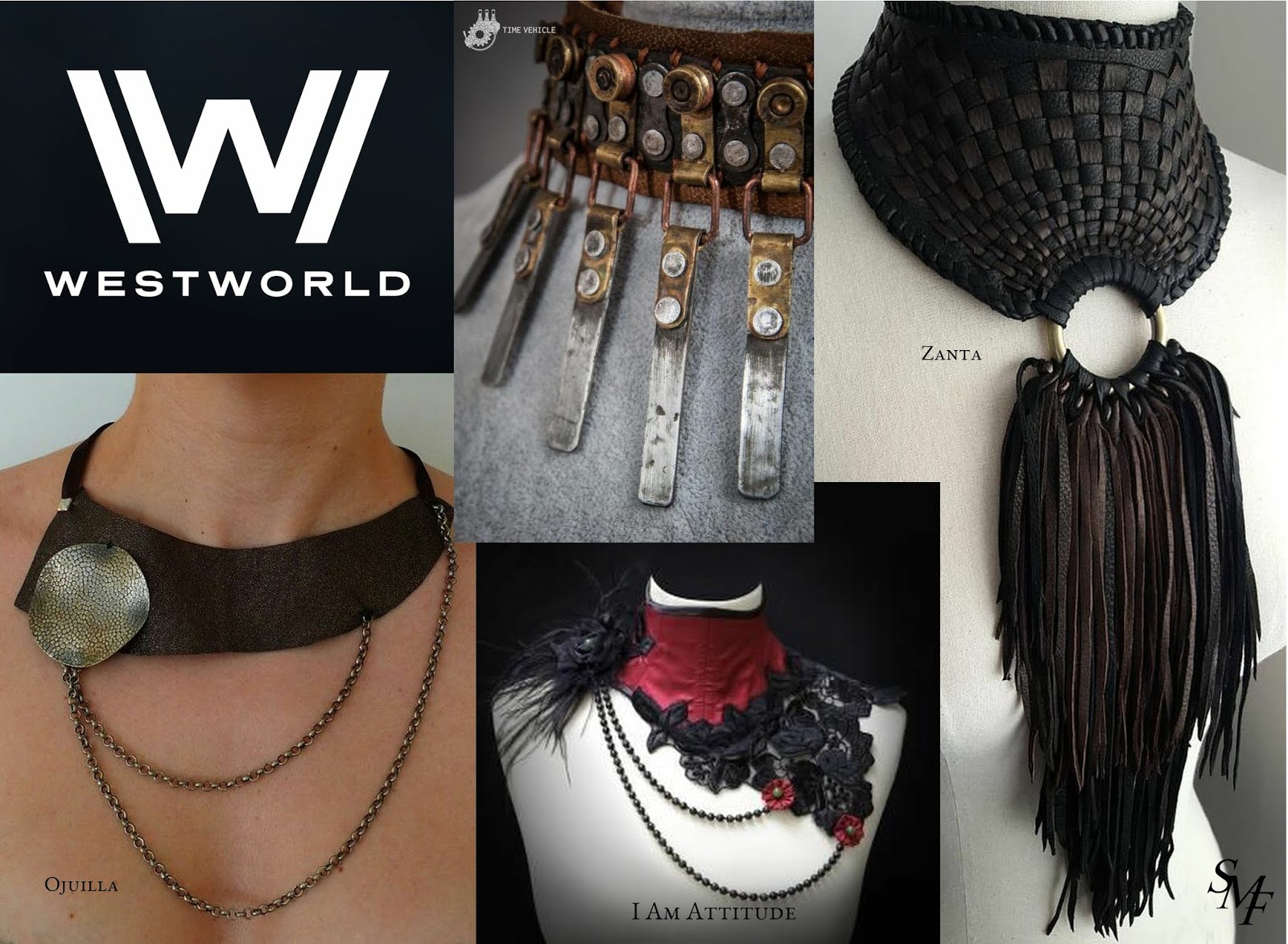 Westworld isn't your typical amusement park. Intended for rich vacationers, the futuristic park which is looked after by robotic hosts, allows its visitors to live out their fantasies through artificial consciousness... The vibe is Old West meets Victorian in Steampunk corsetry, leather, and cowboy couture.
Email Post 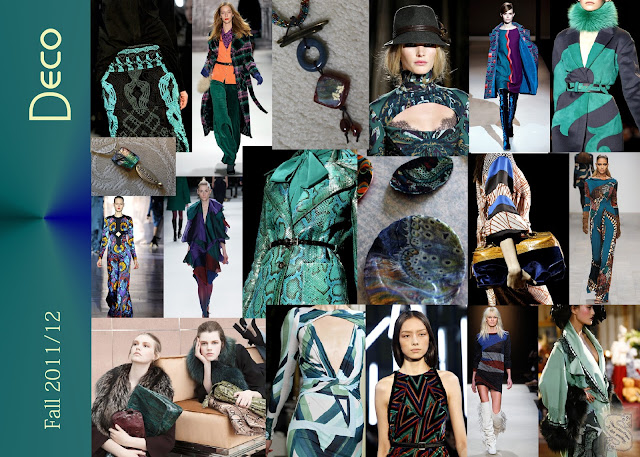 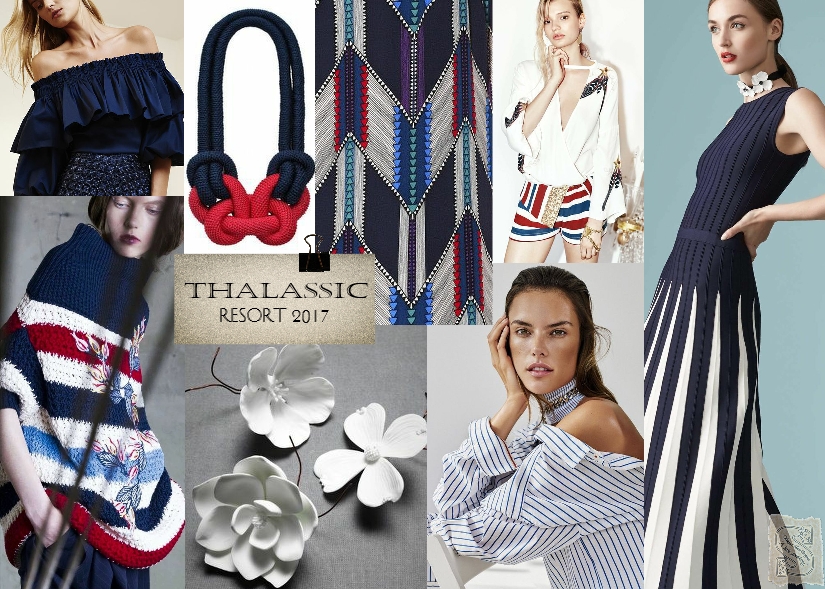